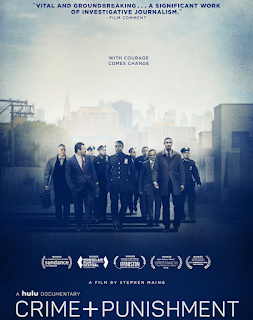 “Sensitive portraiture and vigorous investigative reporting, Crime + Punishment tracks the struggle of minority police officers within the NYPD to reshape the culture of law enforcement itself. Maing’s film also proves arresting in its composition, its moody, city-spanning drone photography, its occasional playful looseness. But its power rises from the courage of its subjects, men and women who don’t necessarily want to be fighting the system – they’re eager to be out there in their city, policing the way they consider just.”
– Alan Scherstuhl, The Village Voice.